Schedule a virtual visit with a gastro doctor today.

That’s how many Americans are living with a treatable, chronic condition today. The question is: How do you improve care?

Salvo Health’s mission is to radically increase access to the best of advanced, specialty healthcare for anyone living with chronic conditions. “We founded Salvo Health to make a difference. The three of us have built category-defining companies and are now using our skills to improve access to healthcare.” 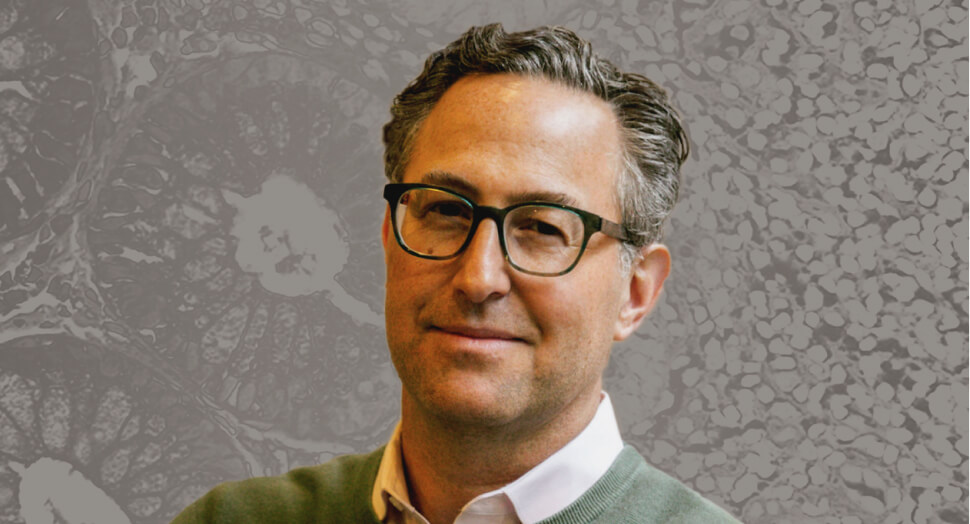 Founding Salvo Health is a deeply personal cause for Jeff. After Jeff and his wife suffered a heartbreaking late-pregnancy loss that could have been avoided, Jeff learned firsthand how slowly medical practices advance, and how insurance companies and hospitals lag in incorporating the kind of advanced or genetic diagnostics that could have helped avoid their situation. Jeff has for years since wanted to launch a data-driven healthcare company, and the right moment arrived with the pandemic-accelerated changes in consumer healthcare expectations.

Earlier, he served as CEO of Skyfire, enabling better video experiences for users on mobile networks.  He was co-founder of site59.com, a last minute travel deals website that grew to over $100 million in sales and was acquired by Travelocity. Joining Travelocity, Jeff served as Chief Marketing Officer for six years and while at the company, global sales grew from $3.5 billion to $11 billion.

Jeff lives in Westchester NY with 3 children and his wife, Amy Ziff, founder of a non-profit MadeSafe.org that advocates for non-toxic and sustainable consumer products. 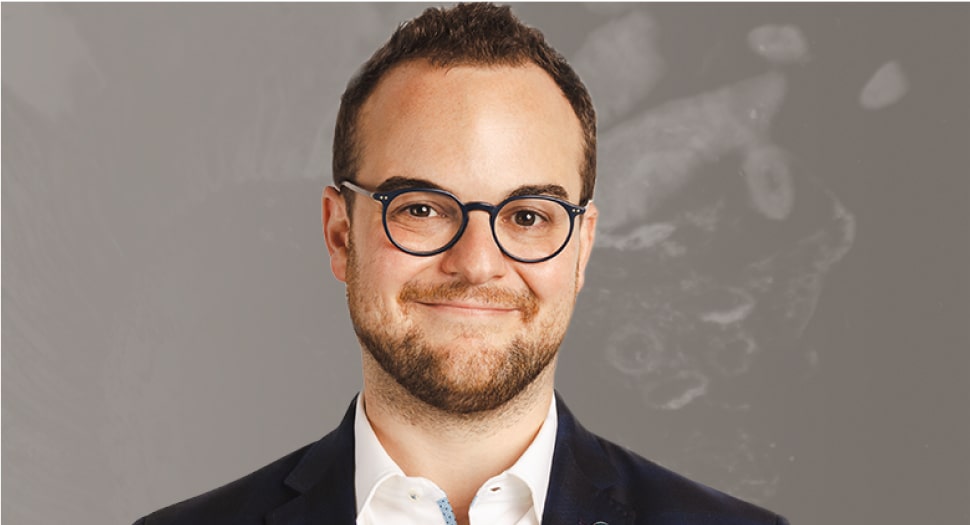 Avi is an entrepreneur and investor who over the past fifteen years has been involved in building over thirty category-defining companies across healthcare, real estate, fintech, insurance, and education. As a member of the founding team at Compass (ticker:COMP), today the largest residential brokerage and technology platform in the U.S., Avi helped reinvent the traditional real estate industry. In addition to his role as Co-Founder and Lead Board Member for Salvo Health, he is currently Founder & CEO of Clearing, a telehealth platform helping those with chronic pain receive multi-disciplinary, opioid-free medical care. Earlier in his career Avi was an investor at the D.E. Shaw Group and a consultant at McKinsey & Company. In 2017, Avi was appointed by NYC’s Mayor to serve on his Technology Leadership Advisory Council.

Avi is a chronic gastro sufferer, and has felt firsthand the frustration of waiting for years to locate the kind of specialist that might help manage his condition, without simply prescribing medications with long-term side effects. Knowing that tens of millions of Americans share this experience, he has made it his mission to address what he perceives as America’s greatest healthcare crisis: the inability for folks grappling with chronic conditions to access personalized, multidisciplinary care. 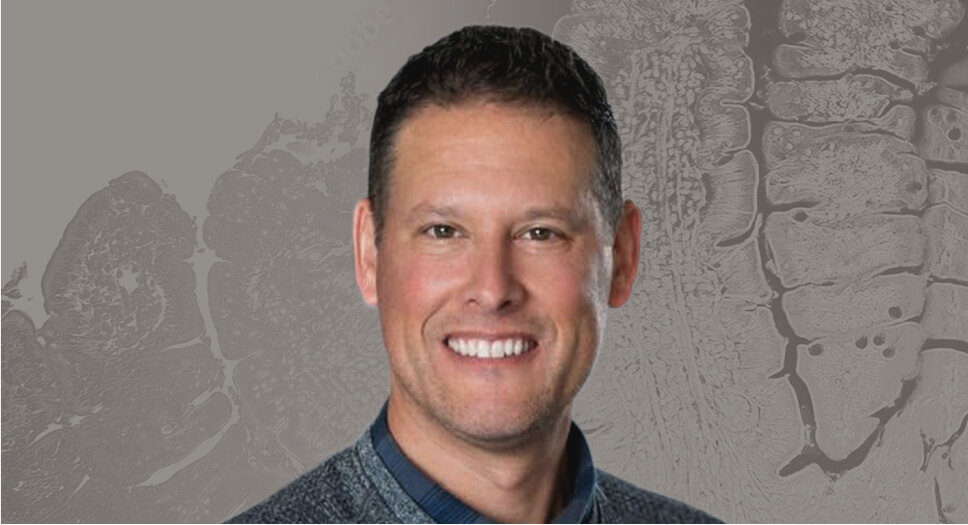 Prior to Upper90, Jason was the co-founder and long-time CEO of Seamless, which acquired GrubHub and subsequently was listed on the NYSE (ticker: GRUB). In the process, he was designated a Crain’s 40 Under 40, Ernst & Young Entrepreneur of the Year, and Corporate Executive Council Innovator of the Year and received several other honors. Seamless was designated, repeatedly, one of New York City’s Best Places to Work by Crain’s magazine while becoming the 4th fastest-growing company in the country as measured by Inc. Magazine, underscoring Finger’s belief that culture and performance are inextricably linked.

Jason is a member of the Young Presidents Organization and is a founder and director of a number of private companies. He began his career as a corporate attorney after receiving his JD/MBA from NYU and his Bachelor of Science from the University of Maryland. He has a passion for helping entrepreneurs build enduring businesses and lives in Los Angeles with his wife and three children. 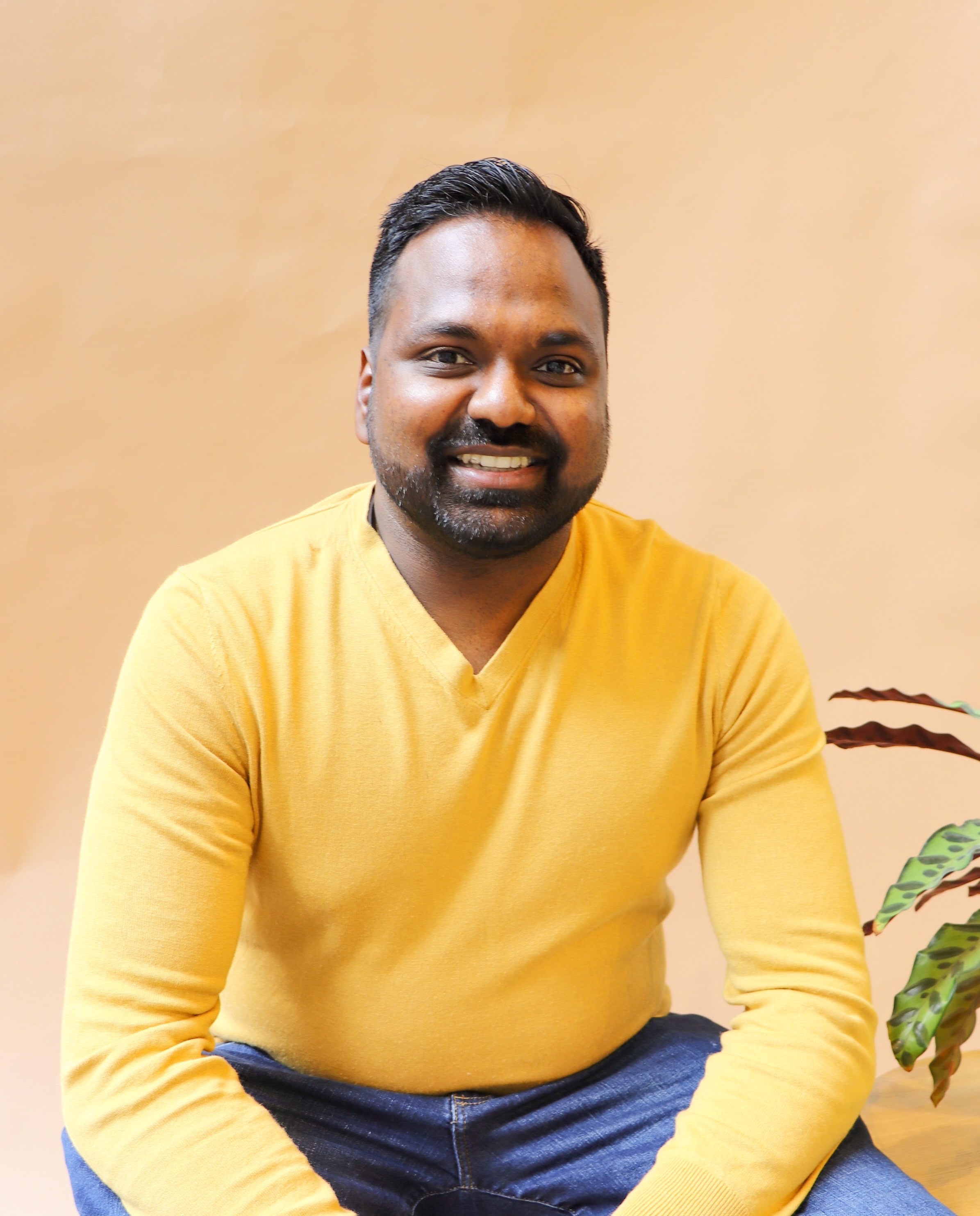 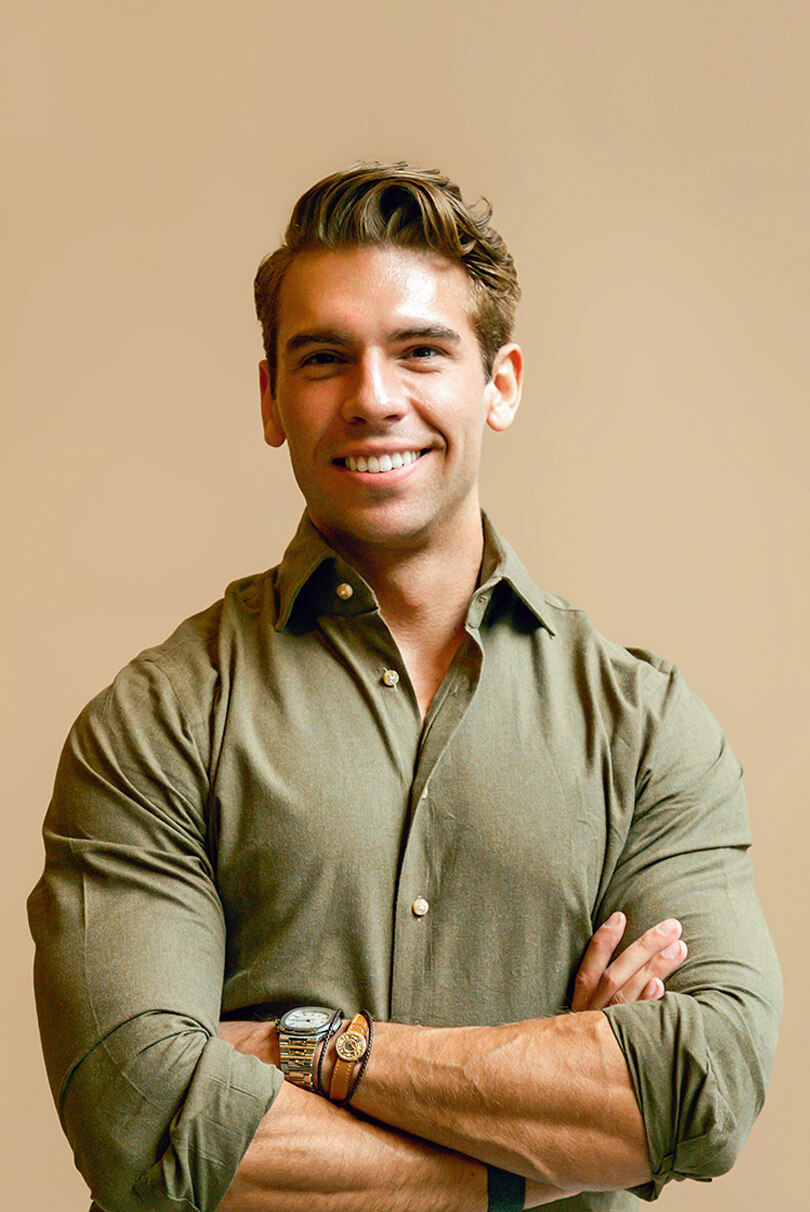 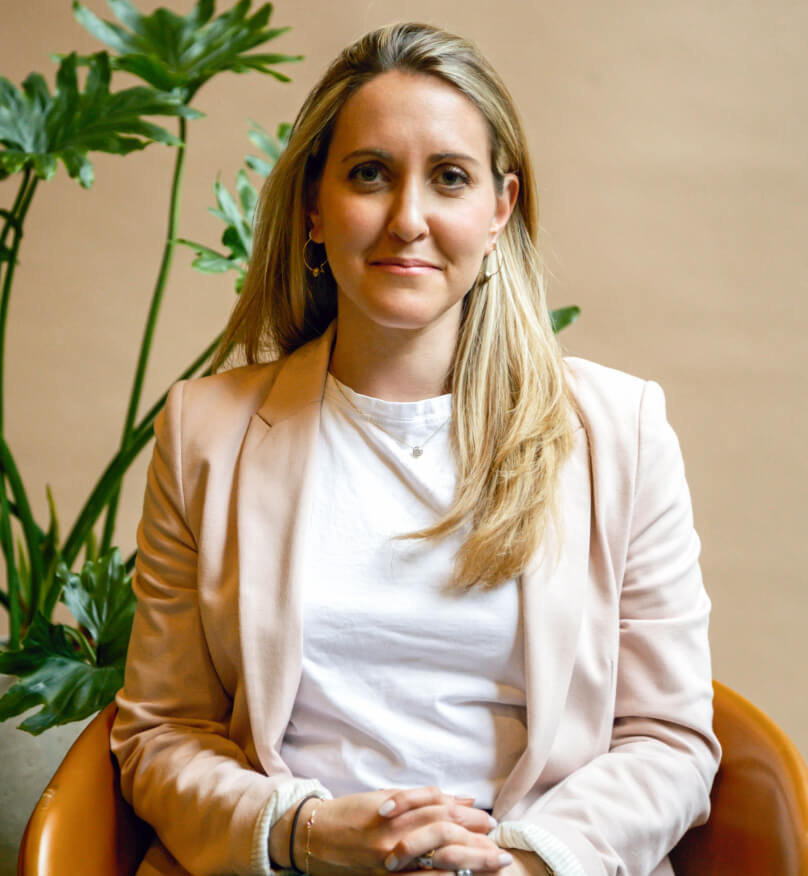 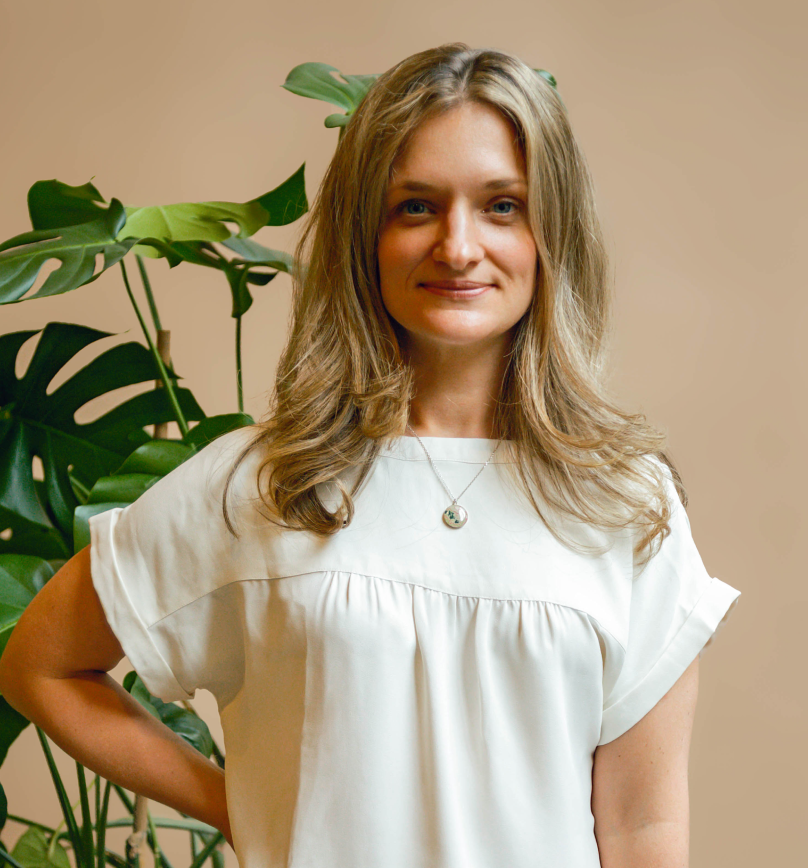 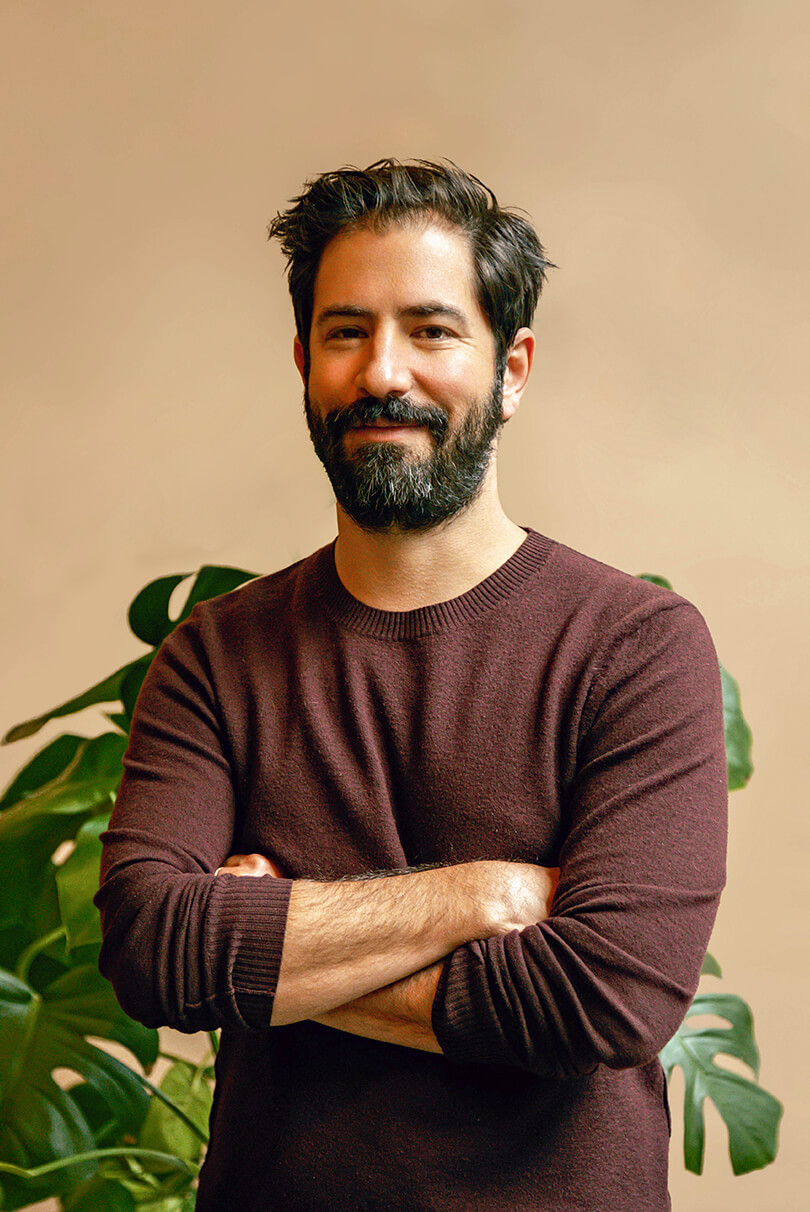 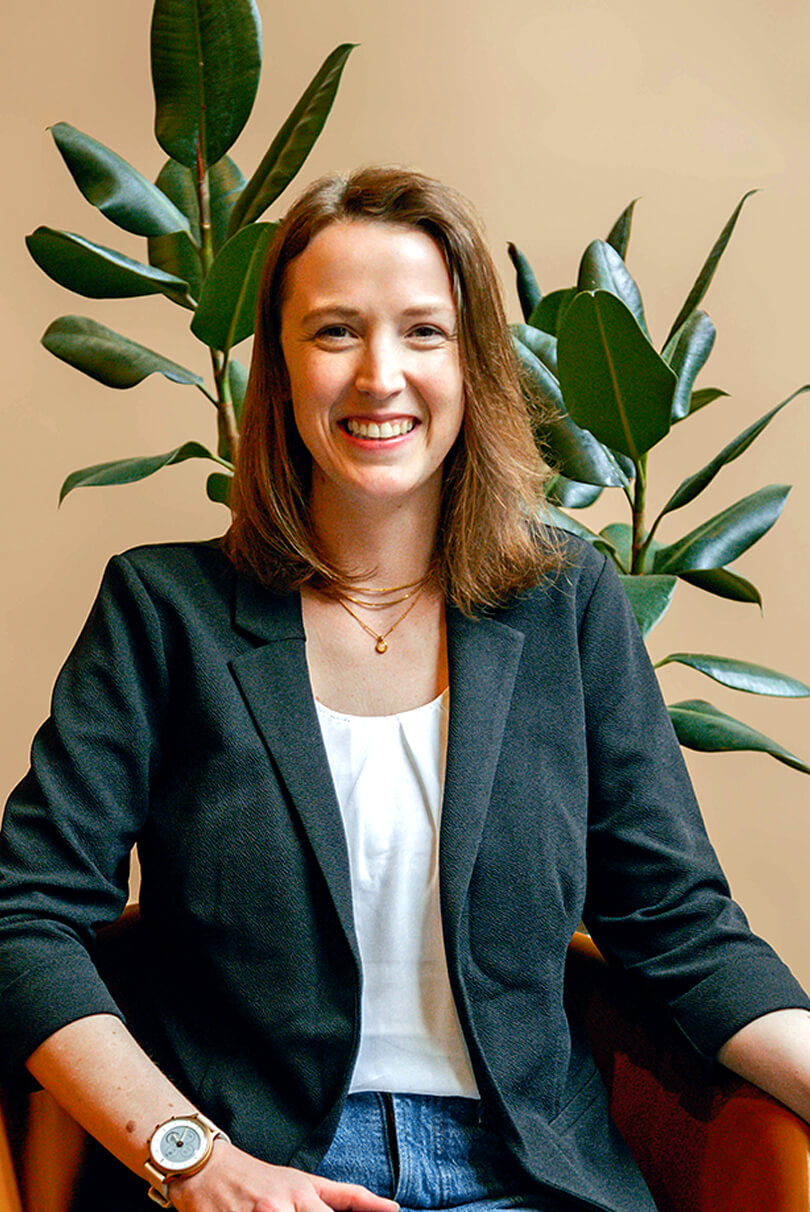 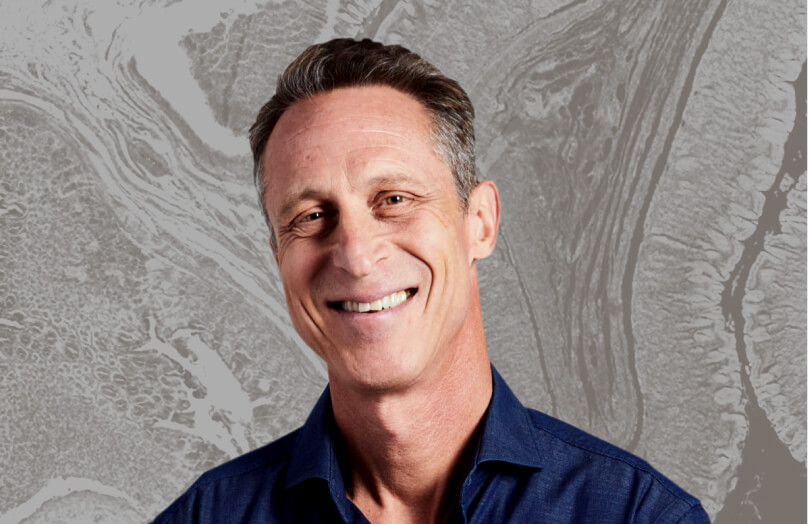 Co-Founder of the Cleveland Clinic Center for Functional Medicine, Founder and Director of The UltraWellness Center, and a 14-time NYT bestselling author.

Dr. Mark Hyman is a practicing family physician and an internationally recognized leader, speaker, educator, and advocate in the field of Functional Medicine. He is the founder and director of The UltraWellness Center, Senior Advisor for the Cleveland Clinic Center for Functional Medicine, a fourteen-time New York Times best-selling author, and Board President for Clinical Affairs for The Institute for Functional Medicine. He is the host of one of the leading health podcasts, The Doctor’s Farmacy. Dr. Hyman is a regular medical contributor to several television shows and networks, including CBS This Morning, Today, Good Morning America, The View, and CNN. 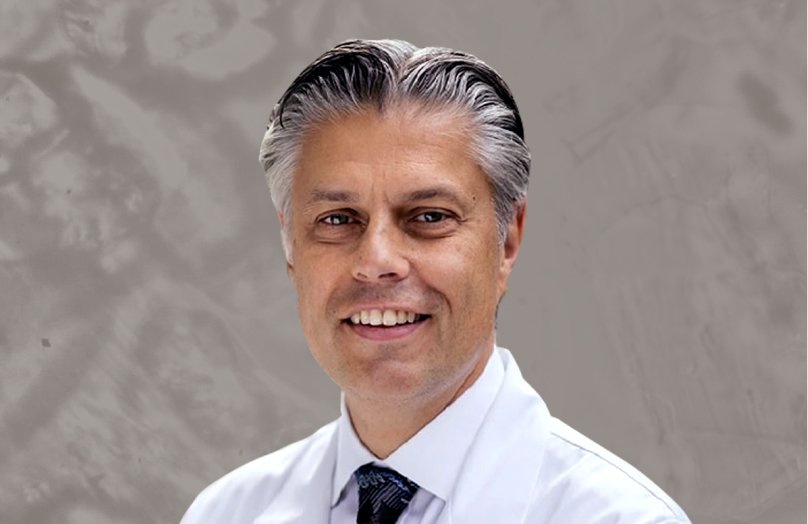 Cedars-Sinai’s Dr. Pimentel is the most recognized IBS physician-researcher in the US. He helped develop the novel drug Rifaximin and diagnostics like the IBS Smart blood test.

Mark Pimentel, MD, is an Associate Professor of Medicine and of Gastroenterology at Cedars-Sinai. Dr. Pimentel is also the Executive Director of the Medically Associated Science and Technology (MAST) program at Cedars-Sinai, a collective of physicians and researchers dedicated to the study of the gut microbiome in order to develop effective diagnostic tools and therapies to improve patient care. Dr. Pimentel is also a Professor of Medicine at the Geffen School of Medicine, University of California, Los Angeles (UCLA.)

As a physician and researcher, Dr. Pimentel has served as a principal investigator or co-investigator for numerous  translational and clinical investigations of irritable bowel syndrome (IBS). This research led to the first ever blood tests for IBS, ibs-smartTM, the only licensed and patented serologic diagnostic for irritable bowel syndrome. The test measures the levels of two validated IBS biomarkers, anti-CdtB and anti-vinculin. 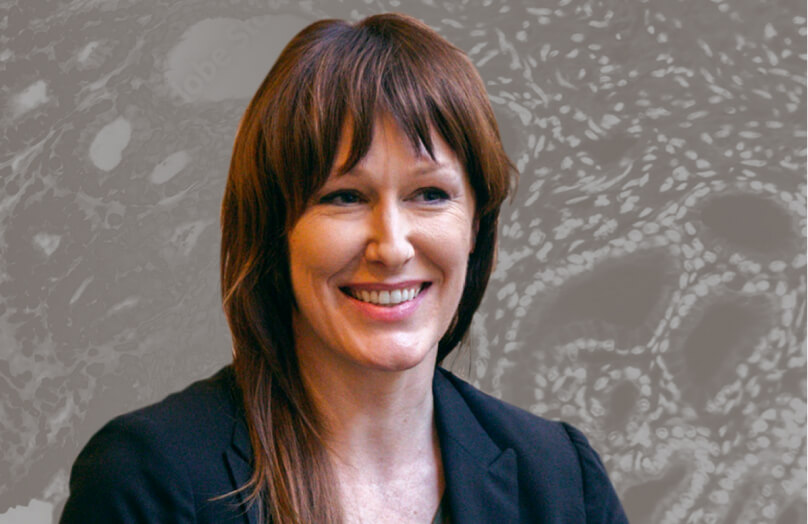 Megan is a licensed clinical psychologist with 15 years of experience in behavioral medicine and treatment development. She is now the Director of Behavioral Medicine for Digestive Health at UCLA.

Dr. Oser has published over 30 peer-reviewed articles and abstracts. Her work has been published in the American Journal of Gastroenterology, Neurogastroenterolgy & Motility,Journal of Infectious Diseases, Journal of Pain, Journal of Medical Internet Research, Telemedicine and e-Health, and Annals of Behavioral Medicine, among others. Dr. Oser earned her PhD in clinical psychology at University of Nevada, Reno and completed her clinical training and research fellowship at VA Palo Alto Health Care System and Stanford University School of Medicine. 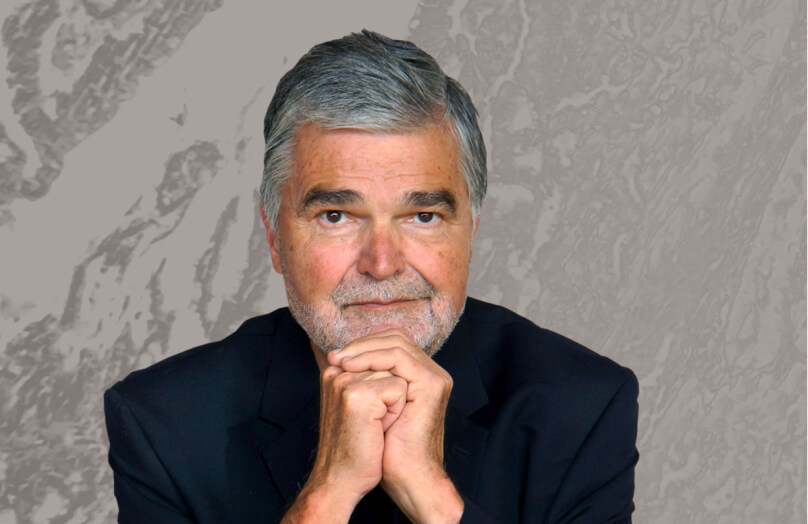 Emeran Mayer, MD, is a gastroenterologist, neuroscientist, and the author of The Mind-Gut Connection and The Gut Immune Connection. He is the executive director of the G. Oppenheimer Center for Neurobiology of Stress and Resilience at UCLA and the founding director of the UCLA Microbiome Center. 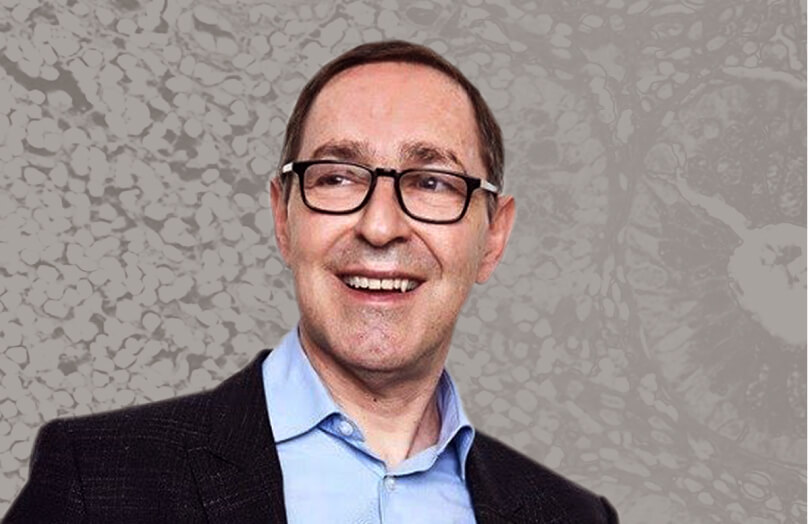 Dr. Frank Lipman is the Founder of the Eleven Eleven Wellness Center and Chief Medical Officer at The Well, both in NYC.

Recognized as a pioneer of integrative and functional medicine (or what he calls “good medicine”), Dr. Frank Lipman is the founder of the Eleven Eleven Wellness Center and Chief Medical Officer at The Well, both in NYC.

As a physician for over 40 years, his mission has been to provide his patients with access to every tool possible to optimize their health. He uses sophisticated genetic testing, comprehensive blood testing of biomarkers (many not done in a routine check-up), information from wearables when indicated, and his vast clinical experience when providing personalized care.

He is also a NY Times bestselling author, having written seven books on health, including The New Rules of Aging Well, How to Be Well, The New Health Rules and Better Sleep, Better You. 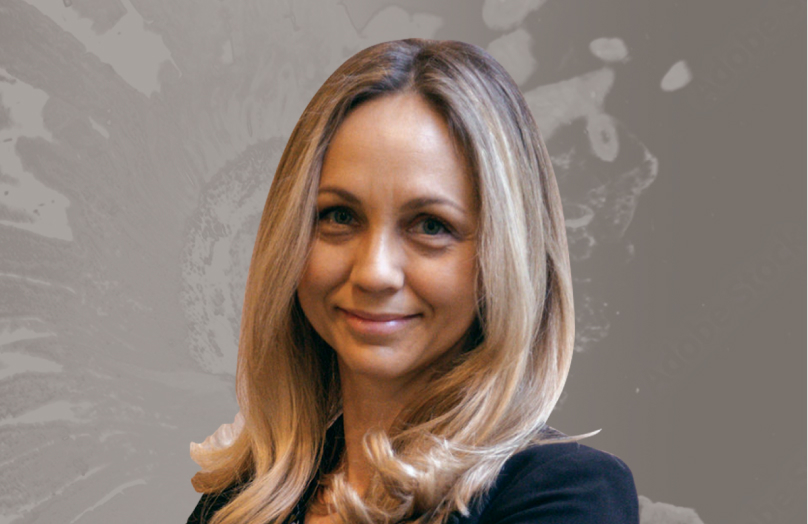 Associate Professor of Psychology at Brooklyn College and doctoral faculty in the Health Psychology and Clinical Science program at the City University of New York.

Laura Reigada, Ph.D., is a licensed clinical health psychologist, an Associate Professor of Psychology at Brooklyn College, and doctoral faculty in the Health Psychology and Clinical Science program at the City University of New York. Dr. Reigada earned her PhD in Clinical and School Psychology at Hofstra University, and followed it with a two-year NIMH postdoctoral clinical research fellowship at the Institute for Anxiety and Mood Disorders, at the NYU Child Study Center, within the NYU School of Medicine. Dr. Reigada is co-chair of the ROME Foundation’s Psychogastroenterology Membership Committee.

The goal of her clinical practice and research is to improve the psychosocial care of patients with chronic digestive conditions using psychological science and multidisciplinary treatments. She specializes in cognitive-behavioral approaches, gastrointestinal disorders, and anxiety-related disorders. 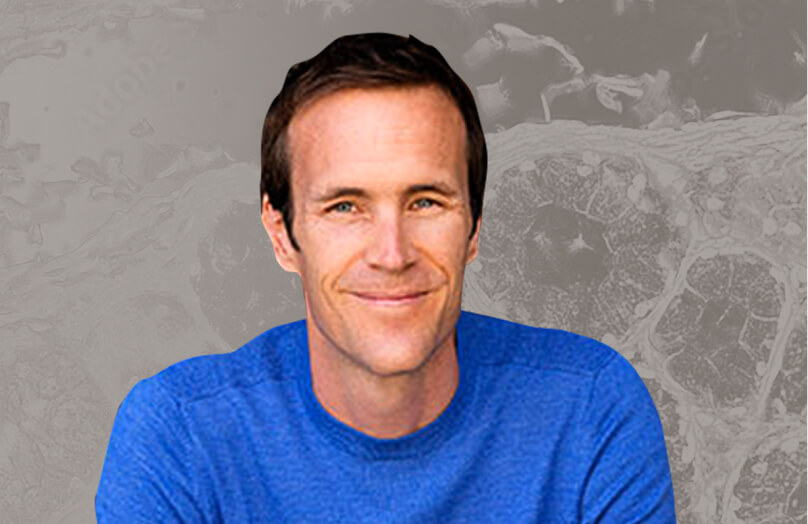 Chris Kresser M.S., L.Ac is the founder of Kresser Institute, the creator of ChrisKresser.com, and the New York Times best selling author of The Paleo Cure and Unconventional Medicine. He is one of the most respected clinicians and educators in the fields of functional medicine and ancestral health, and has trained over 1,500 practitioners and health coaches around the world in his unique approach. Chris was named one of the 100 most influential people in health and fitness by Greatist.com in 2012, and his blog is one of the top-ranked natural health websites in the world. Chris lives in Utah with his wife and daughter.

Salvo Health is backed by leading health care investors and founders behind companies like Livongo, Roman, Ginger, Forward, and Brightline.

These are the actions that we uphold for ourselves and each other.

Bring ease to the uneasy

Be whole for the sake of others

Trust each other to bring our best

Act on evidence; if none exists, seek to discover